From concept to competition, TU Munich engineering students teamed up to develop an electric race car which would outshine all others. Read on to learn about how the TUfast racing team clinched the victory by using simulation technology to optimize their vehicle’s gearbox lubrication design.

The screeching of tires and smell of burnt rubber fill the air as the race cars round the final turn. With only a hundred meters to the finish line and no challengers in sight, it looks as though it will be a flag-to-flag victory for TU Munich. Eyes glued to the track, the team watches in pure joy as their car glides over the finish line. The crowd erupts, instantly justifying the months of hard work that led up to this moment.

This is not a Formula 1 Grand Prix, but rather Formula Student, a series of global competitions which bring together engineering students from top universities around the world, eager to develop and build the fastest, most dynamic race car.

Unfortunately, due to the pandemic situation, the race was not able to happen in 2020 exactly as described above and a single online competition replaced the usual on-site racing events. Nevertheless, TU Munich's team, TUfast, swept the competition, taking first place in not only the engineering-design discipline but also winning the overall competition title after showcasing their car, engineering design expertise, and business plan.

Of course, this glorious triumph did not come without countless hours of diligent work and dedicated labor. In order to take the crown, student teams must assume responsibility for every part of their race car’s development journey, from mechanical engineering to software development to marketing.

These competitions are broken into two disciplines: static and dynamic. In the static category, the team’s knowledge and operations are judged by experts from the respective industry, while the dynamic contest moves onto the racetrack. The value of these competitions lies not only in their ability to provide a hands-on experiential learning opportunity for students to gain interdisciplinary knowledge, but it also offers the chance for students to experience the thrill of succeeding together as a team.

So how is it that the TUfast design was able to outperform all the other machines? It’s time to take a look under the hood to discover how leveraging fluid simulation technology enabled the team to optimize their car’s gearbox lubrication design, reducing the overall weight of the vehicle.

Vehicle Optimization: What to Investigate

As mentioned above, an important factor in optimizing any racing vehicle is minimizing the machine’s weight. TUfast competes in the electric category of Formula Student, developing and building race cars equipped with four wheel-hub-drives. The weight of each wheel-hub-drive must be reduced each year to maximize overall car performance, while still increasing efficiency and reliability with each development iteration.

Up until this season, the dip-lubricated gearbox in each wheel-hub-drive had not been properly investigated in terms of oil behavior. This shortfall opened an opportunity to enhance drivetrain performance and reduce unsprung mass, a critical step for increasing efficiency and improving the dynamics of the car. At this point, fluid simulation technology became necessary to gain further insights into the oil behavior inside the gearbox with complex housing shapes, moving geometries and wheel-package assembly.

The main targets of the research were the following:

In summary, the development department sought to answer the following question: Do we really need this much oil? The answer would be uncovered with the help of SPH fluid simulation technology.

In computational fluid dynamics, the method of smoothed particle hydrodynamics (SPH) is perfectly fitted to predict the flow behavior in moving geometries. Due to its Lagrangian nature, which is also sometimes referred to as particle-based, the SPH particles follows complex movements of e.g. rotating gears easily without the need of sophisticated and computationally expensive meshing algorithms.

Figure 3 shows the comparison of the particle-based approach compared to conventional mesh-based methods. In the following paragraphs, we will use the SPH method to predict and adjust the oil lubrication in the wheel-hub drive. A practical overview over the basic principles of SPH can be found in here. Also, this article gives an introduction on SPH for the prediction of oil lubrication in a gearbox.

Figure 3: Difference between a mesh and a particle discretization of a continuous free-surface flow.

Three oil levels were defined to identify how the oil supply is changed and where the oil is distributed inside the housing. Figure 4 shows the initial oil levels which were investigated.

After the team became familiar with working within the cloud based platform, all setups ran in parallel without straining local PC-hardware, reducing development time significantly. Relevant differences in oil supply and behavior were identified in the post-processing. As a result, the simulations showed that oil level 1 was not sufficient for a proper lubrication of the second gear stage as the dynamic oil level drops below the second gear stage and thus a continuous oil supply is not guaranteed.

In general, the lowering of the dynamic oil level due to oil pumping effects during operation turned out to be higher than expected. This valuable information ensured that the team ran the gearboxes with enough oil during the first test drives, avoiding potential damage to the gearboxes.

Though the results appeared promising, true insights cannot be gained without validating the simulation data. To learn more about the process of building a test bench and verifying a simulation, check out this article on Simulation Validation.

The team built a test bench with transparent inserts to validate the oil distribution visually. This is displayed in Figure 6.

Figure 6: Comparing the oil distribution in the test bench with transparent inserts built by the TUfast team.

A very good correlation between predicted and real oil distribution was observed while running in steady state.

Oil level 2 delivered sufficient lubrication for all tooth contacts, especially for the second gear stage which turned out to be a bottleneck in the oil supply.

With these promising results in hand, the next question arose: What if further reduction of weight and enhancement in lubrication is desired? With the knowledge gained from the previous investigations and the ability to change the geometry in the simulation tool within seconds, the team now considered the idea of using oil turning vanes - a curved metal that smoothly change the direction of the oil flow. The dynamic oil distribution and its momentum could be used for guiding oil to locations where it is needed the most: the tooth contact of the second gear stage.

Different shapes of oil turning vanes were developed to observe how they interact with and redistribute the oil. The team shaped the 3D-printed gearbox housing in unique ways to not only achieve the required degree of stiffness, strength, and lightweight, but now also include the factor of oil distribution. Once again, running these various setups in parallel in the cloud ensured a smooth workflow at the busy end of the development process without putting stress on the team’s own computing resources.

Due to the great ease with which the effectiveness of different turning vanes could be compared, the team was able to make the decision about which geometry to implement in the car based on precise and elaborate data.

Figure 8 Video: Comparison of the oil distribution in the original and the optimized design.

Due in great part to the in-depth study using SPH fluid simulation software, the team was able to develop a car which performed at a much higher level than those of previous years. In the judge’s feedback, the team received high praise for their investigation of gearbox oil behavior, as it further pushes the boundaries for Formula Student development in the future.

Of course, the innovation will not stop here. For the 2021 competitive season, the team will once again use fluid simulation to help equip the race car with convertible oil turning vanes. We look forward to discovering all the possibilities which the TUfast team can unlock by leveraging this tool. 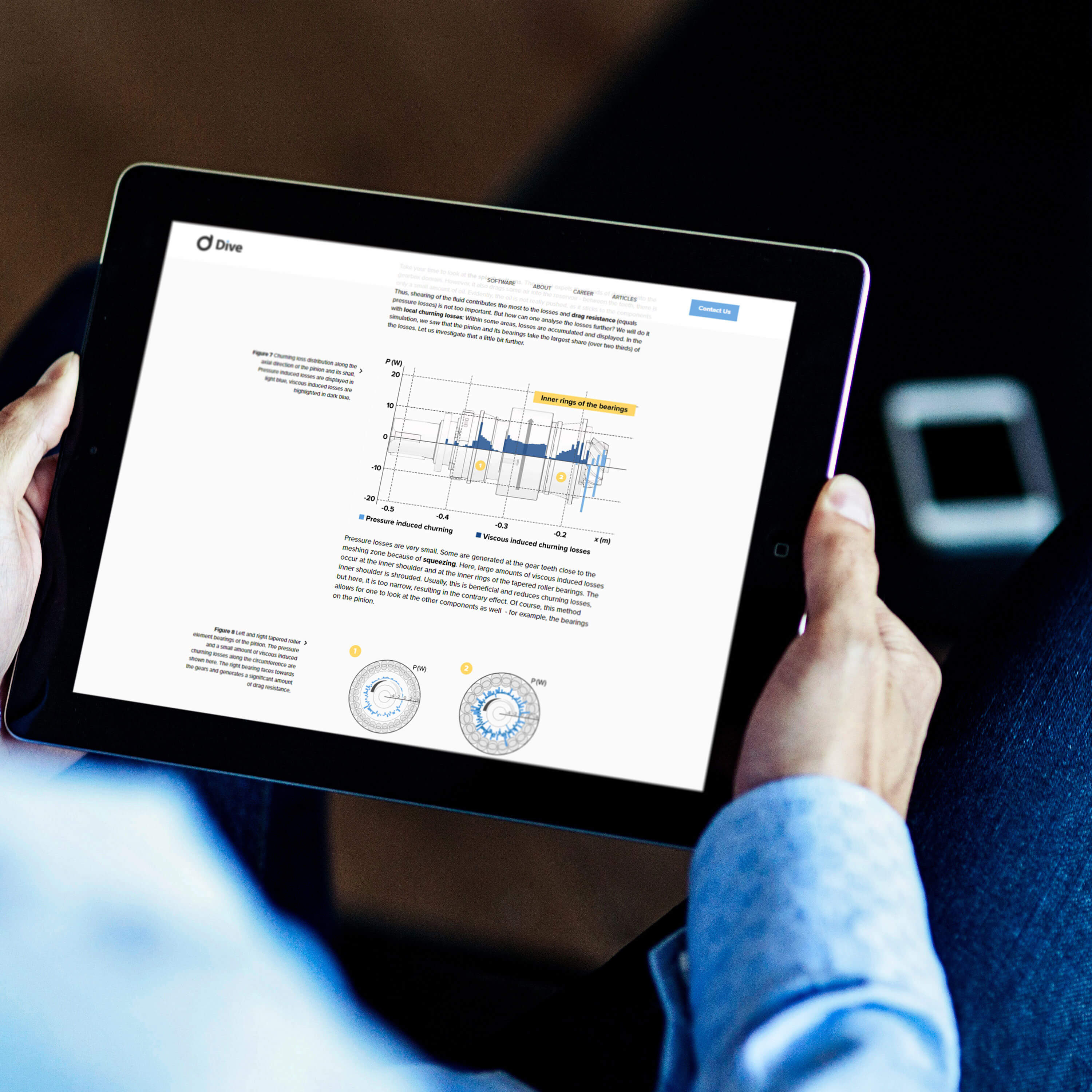 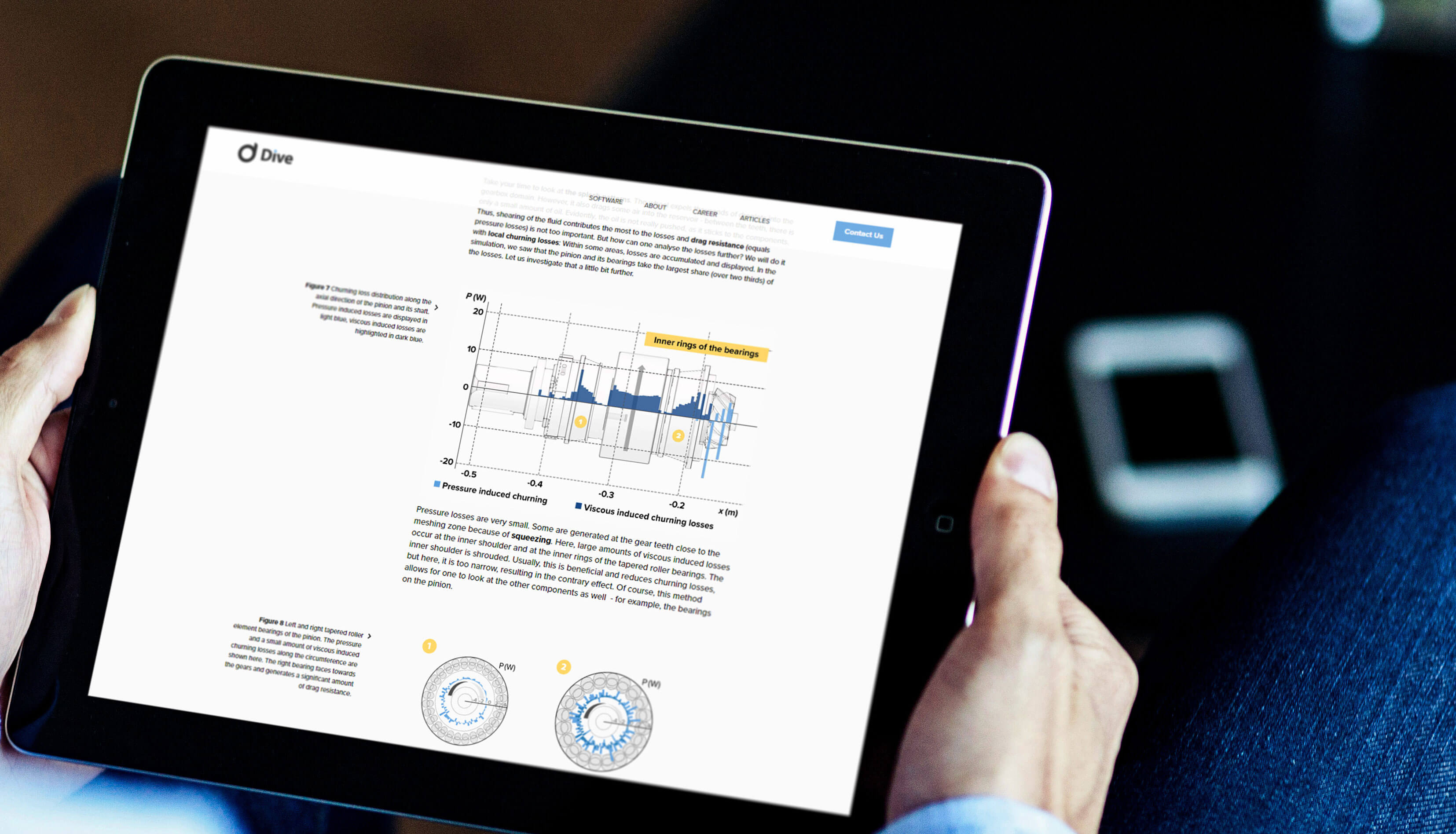